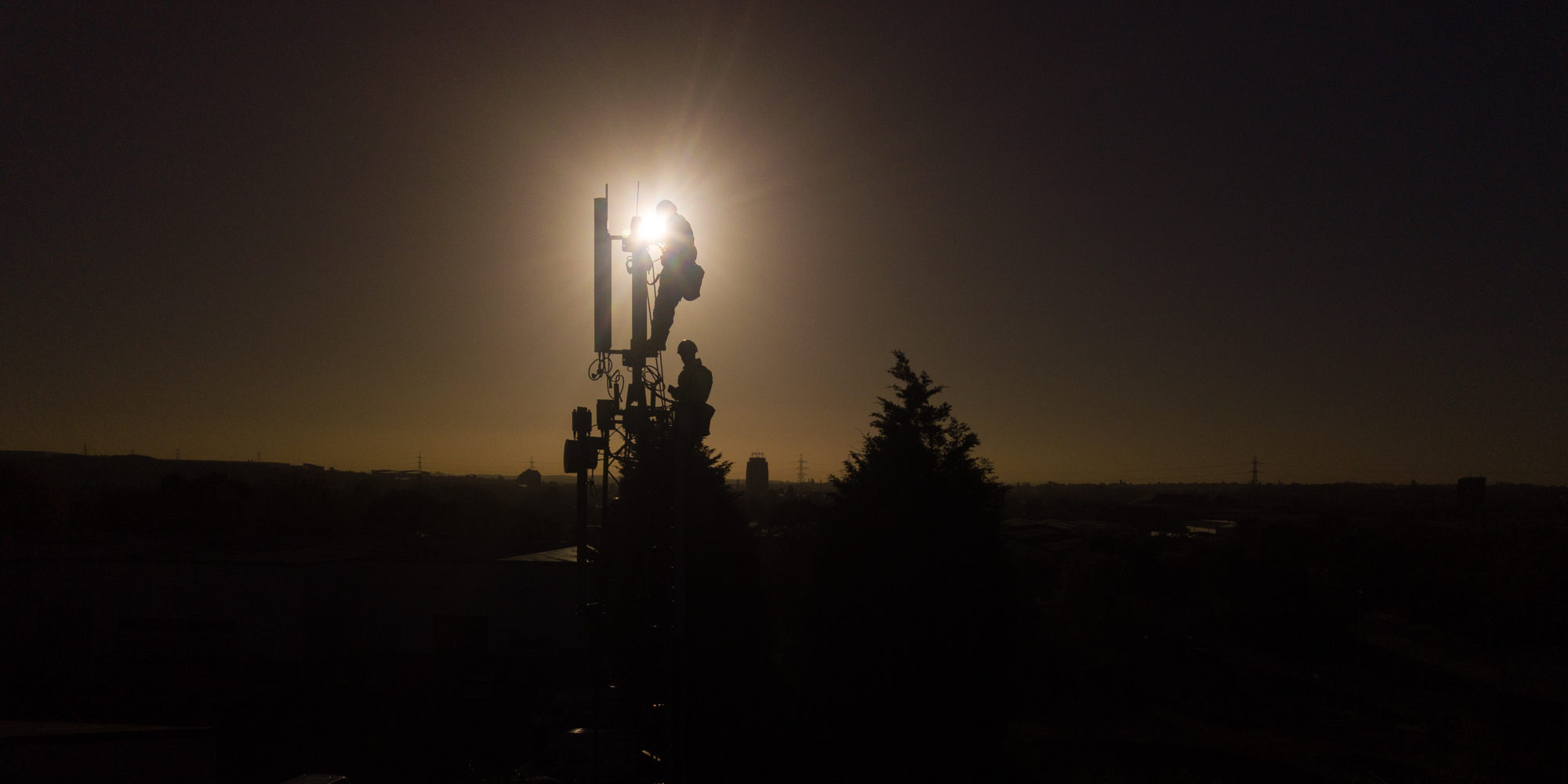 We’ve been offering commercial drone photography and videography for 6 months now. Alec qualified as a drone pilot back in April after a 3 day course, he got to work straight away and has just completed a successful first Summer in the skies.

We have been working within the property industry for over 10 years, producing design work for commercial agents like Harris Lamb, Darby Keye and more recently Highgate Land & Development, often supporting the design work with ground photography by Hannah. As soon as we got our commercial drone license, we contacted our existing clients within the property industry to offer them the new ‘string to our bow’ that could add value to their portfolio.

The drone work over the past few months has given us a great opportunity to work with our existing clients within the property sector on something new as well as create relationships with new clients.

Our first job was from Harris Lamb – We met them in Walsall on a 16 acre residential site they were selling… Start with a challenge they say! We were commissioned to produce a short video of a new site coming onto the market, the site was huge and overgrown, barely visible from the ground. Getting shots from the air was definitely going to be the way to show the scale of this site. 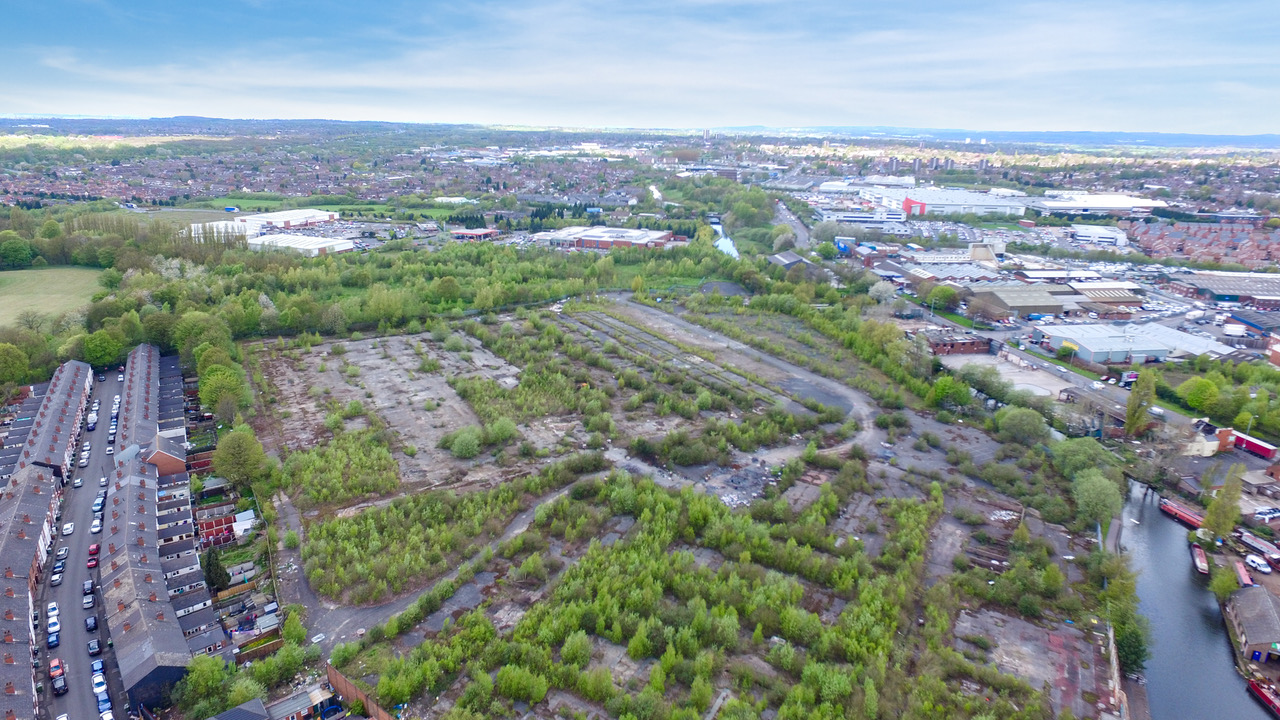 Check out the video we created for Harris Lamb on their Youtube channel.

The second job took us to Kidderminster to photograph the Former Stourminster School for Harris Lamb who are selling the residential development site on behalf of Worcestershire County Council. Hannah had been designing the sales brochure for Harris Lamb but when she saw the ground level photos provided, she knew that the drone would show the scale of the site (5.36 acres) and popular residential area surrounding the old school much better. 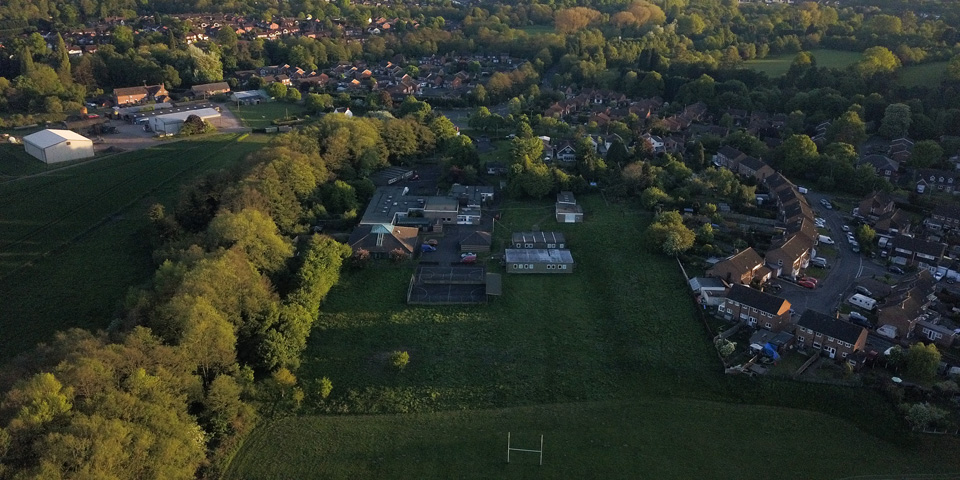 One of our biggest job this Summer was for Harris Lamb of the Wolsley distribution centre, near Leamington. This was a big job for us as it wasn’t just drone photography – Hannah and Alec were on site this time. Alec was up in the air getting some aerial shots while Hannah was on the ground getting internal and external shots of the 5 plots that were going up for sale – 2 distribution warehouses, an office block, a plot of land and a sustainability centre. We spent a good day on site, with the mobile studio in a van so we could recharge the drone batteries throughout the day. 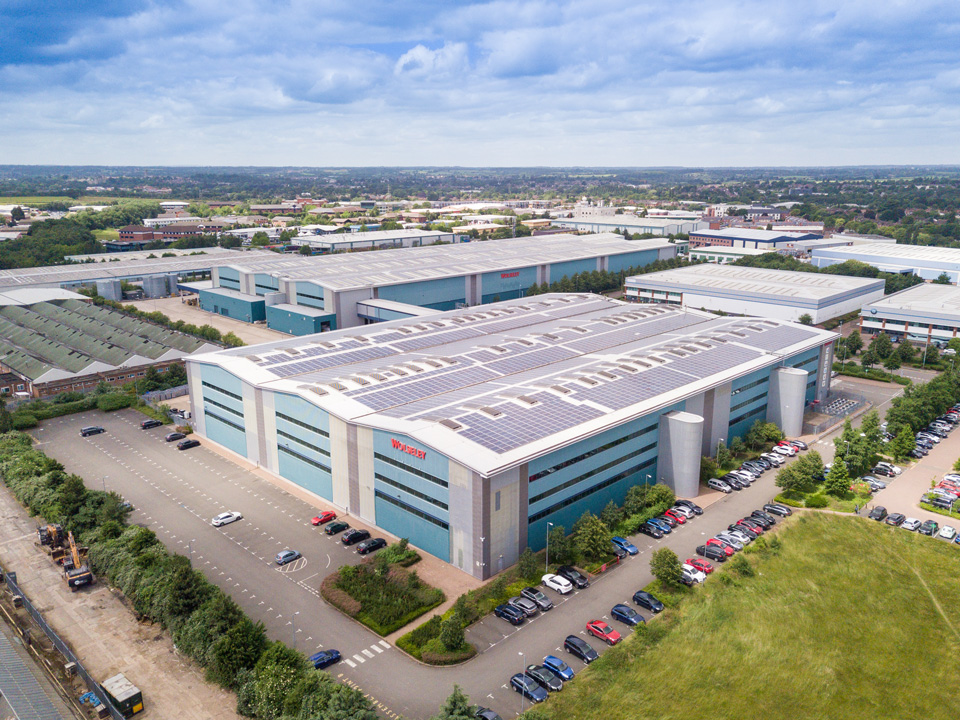 It was touch and go whether we were going to be able to get the drone up in the air this day as the wind speeds were high but we waited it out in the morning and by 10am the wind levels had dropped to a safe speed and we jumped in the van and headed to site. 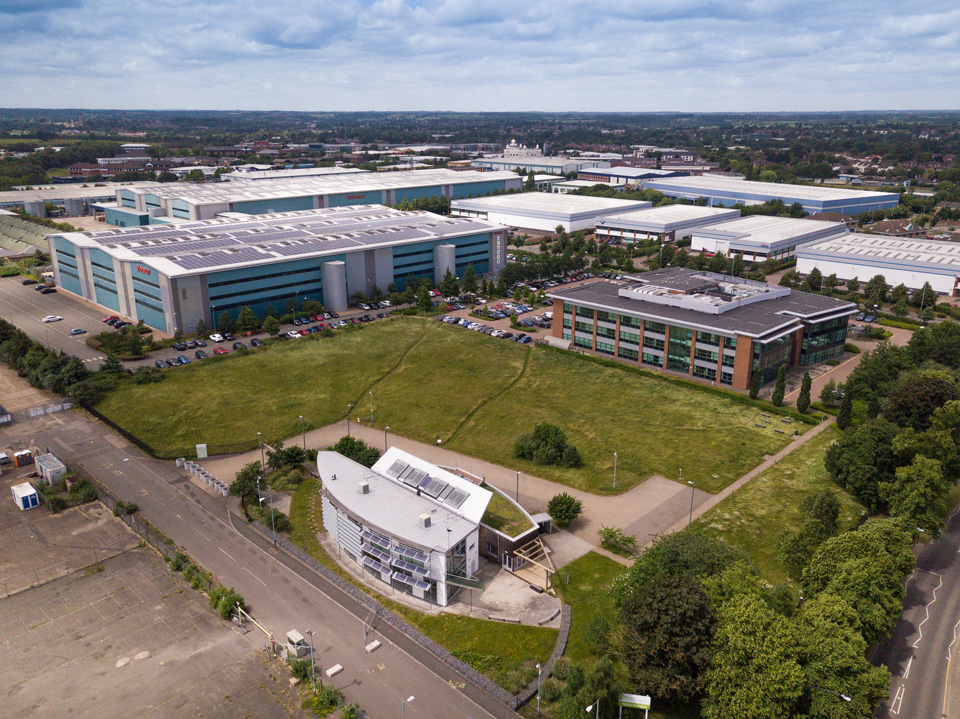 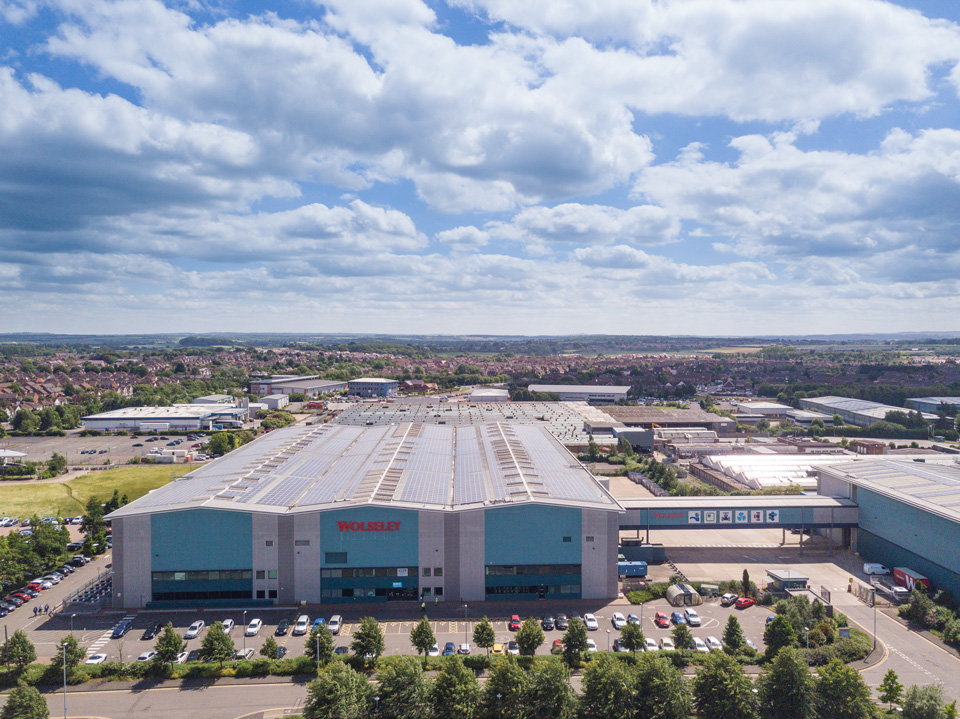 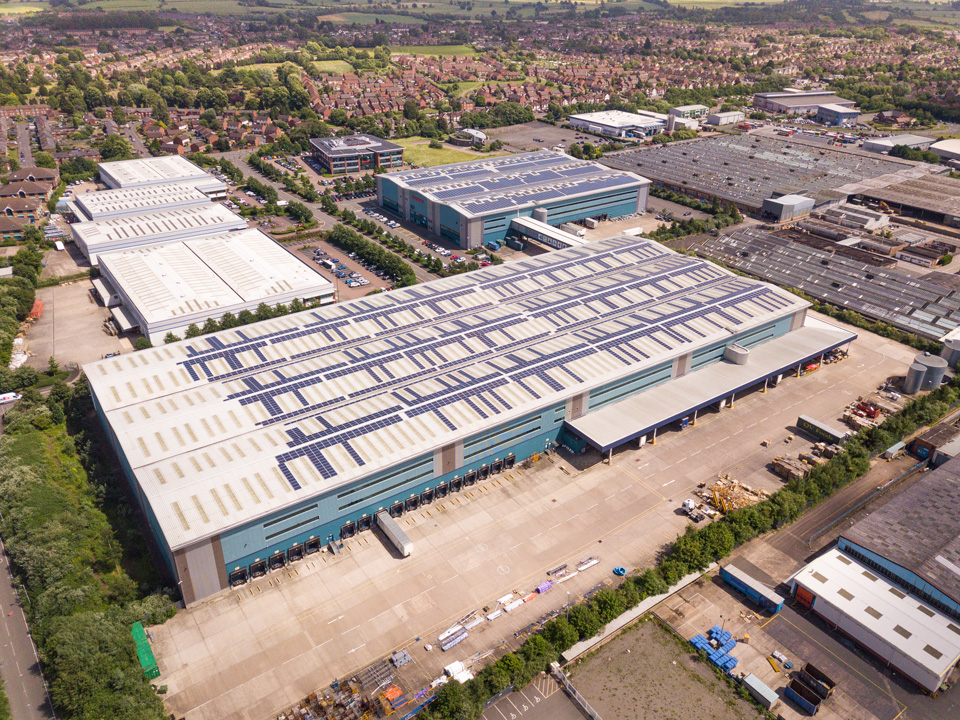 The forth (fifth and sixth) jobs took us to Birmingham with Darby Keye to photograph an industrial unit on Marsh Lane which is by far the most beautiful industrial unit you’ll see. We never knew we wanted a lakeside view to our future B61 HQ until we saw this unit. 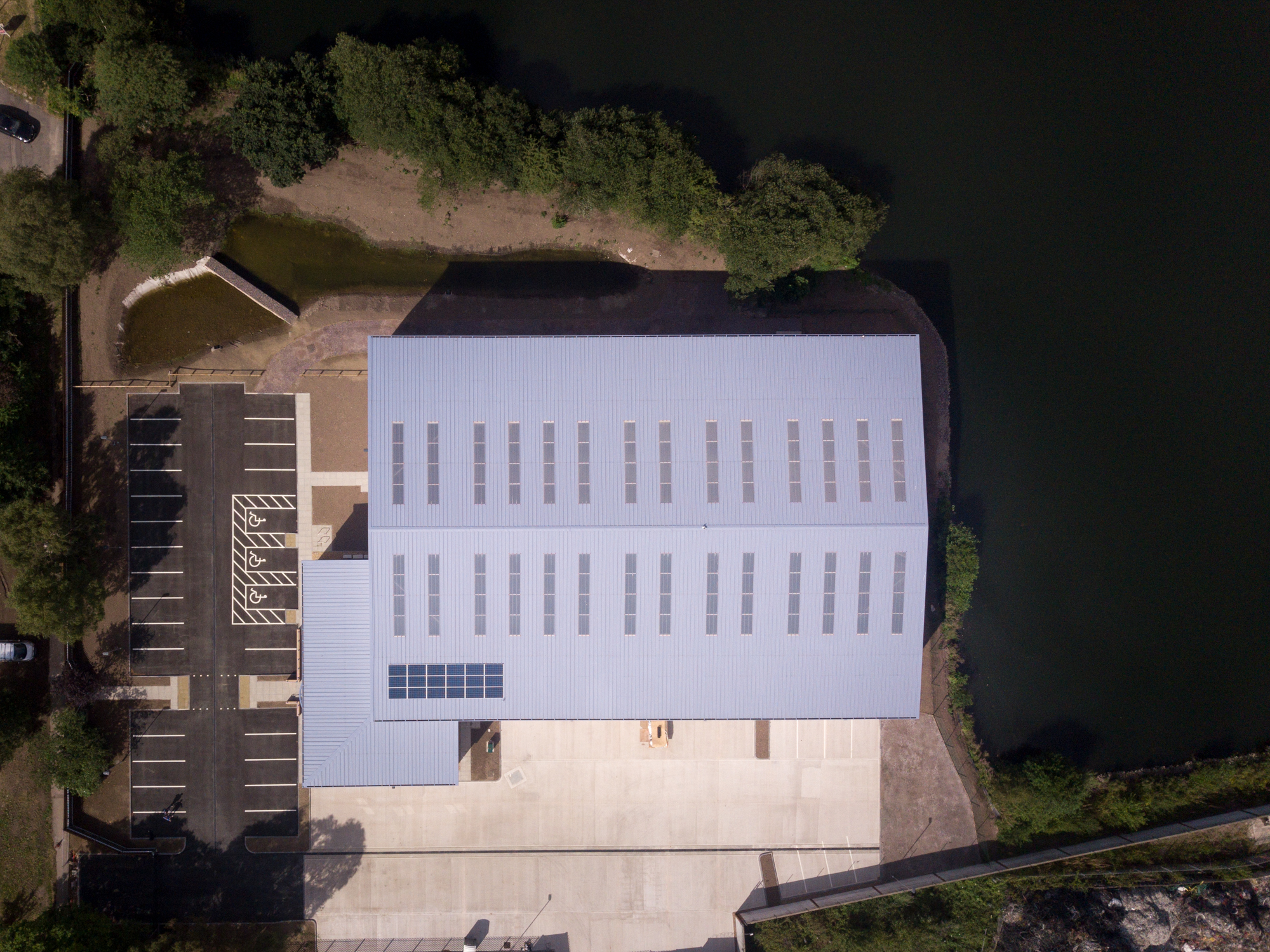 The drone shots showed the picturesque setting surrounding this 19,408 SQ FT unit to its finest. 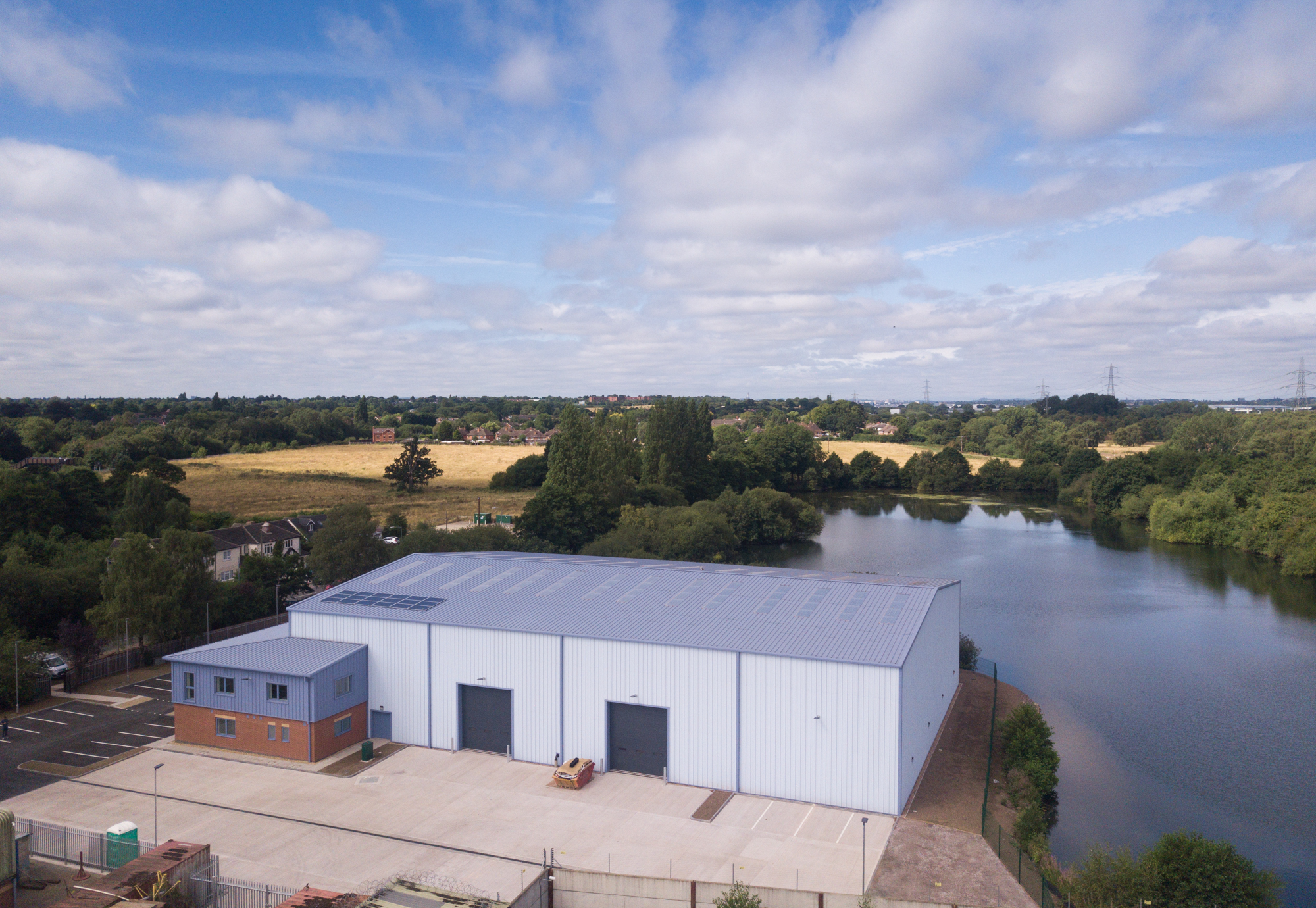 Alec then went to photograph a plot of land next to Junction 10 of the M42 to get some photos of Relay Park for Darby Keye. 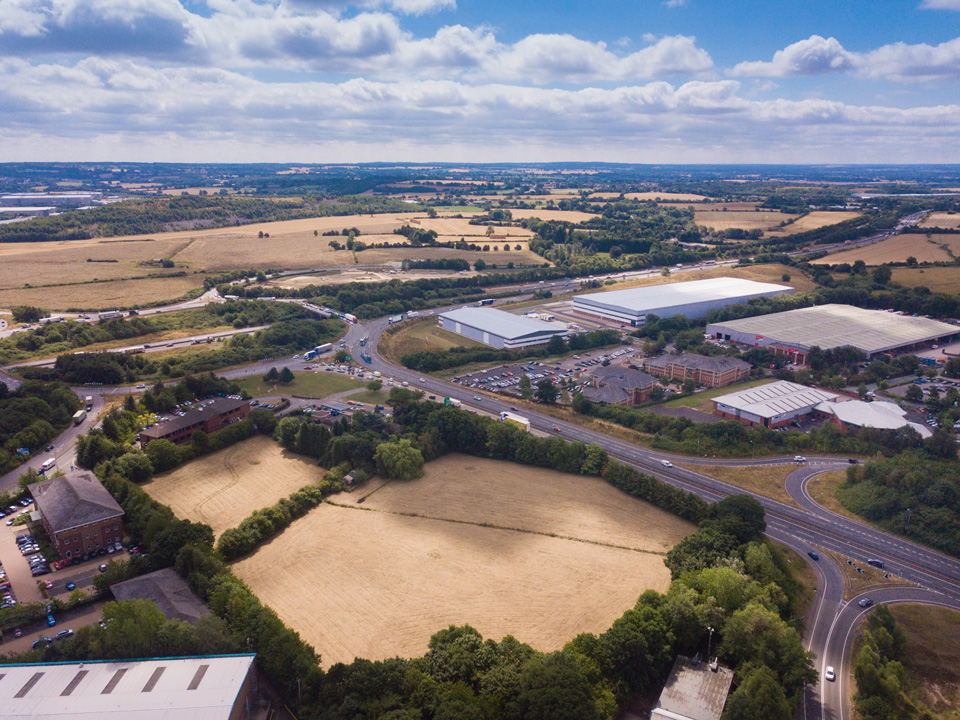 The aim of this shot was to show the proximity to the motorway, so we took this shot with the idea in mind that it would be illustrated and labeled with all the major roads, junctions and local estates. 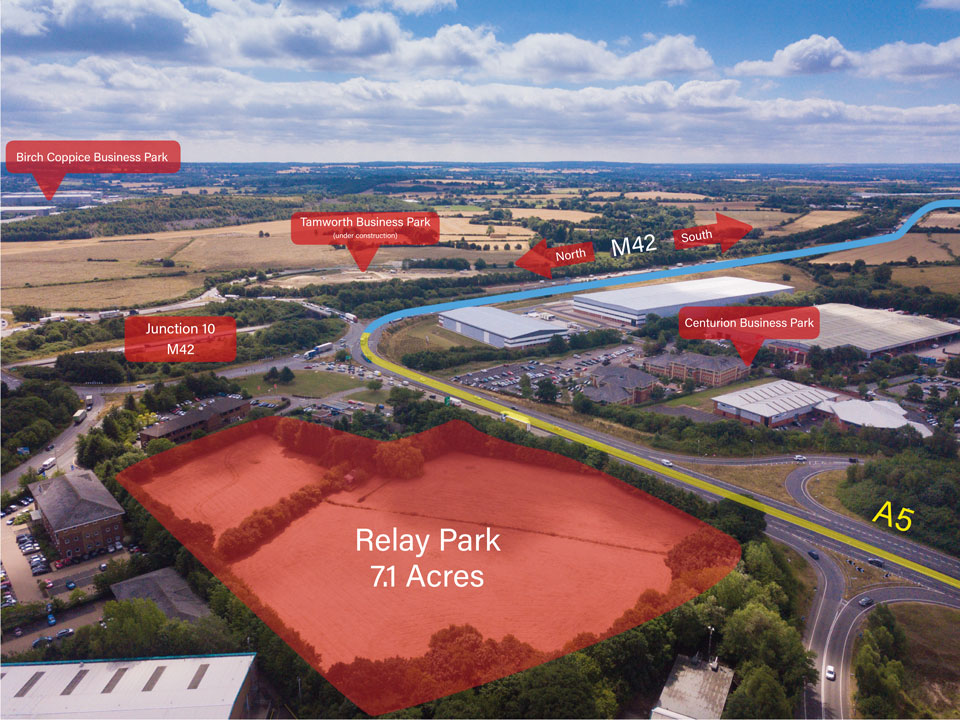 Whilst on that site, Alec nipped up the road to a third site Darby Keye had on the market. 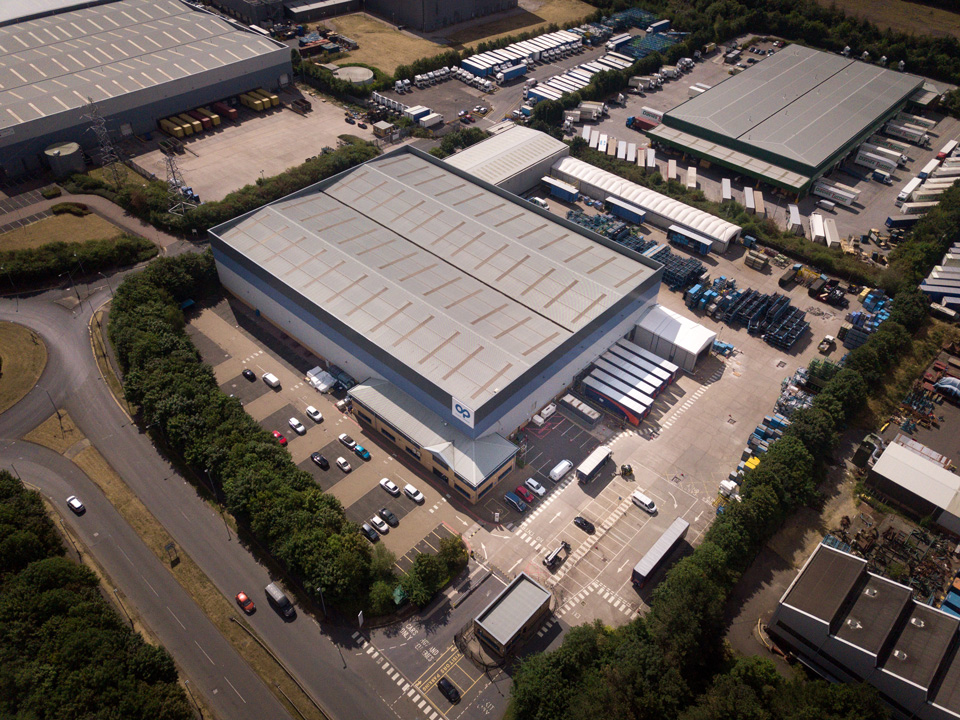 Our earliest morning shoot so far has been for LCP in Cheltenham – This was a bit of a different job than we had done so far as the client didn’t just want pretty shots to sell the property, they wanted video footage so they could produce a roof survey. 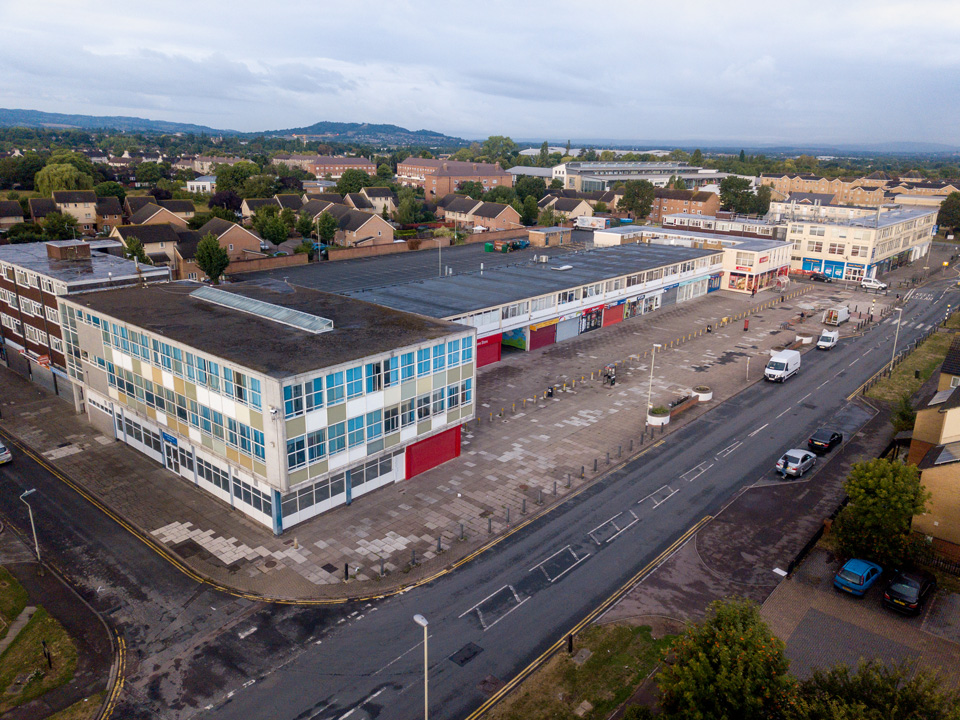 The site was approximately 500 metres from GCHQ which we were worried may come with some security issues but after all the checks, we knew that we weren’t in a restricted area and were safe to launch the drone. The units were in a very populated area though so we got to the site at 5.30am to start the job before most people were awake, which gave us some amazing sunrise shots. 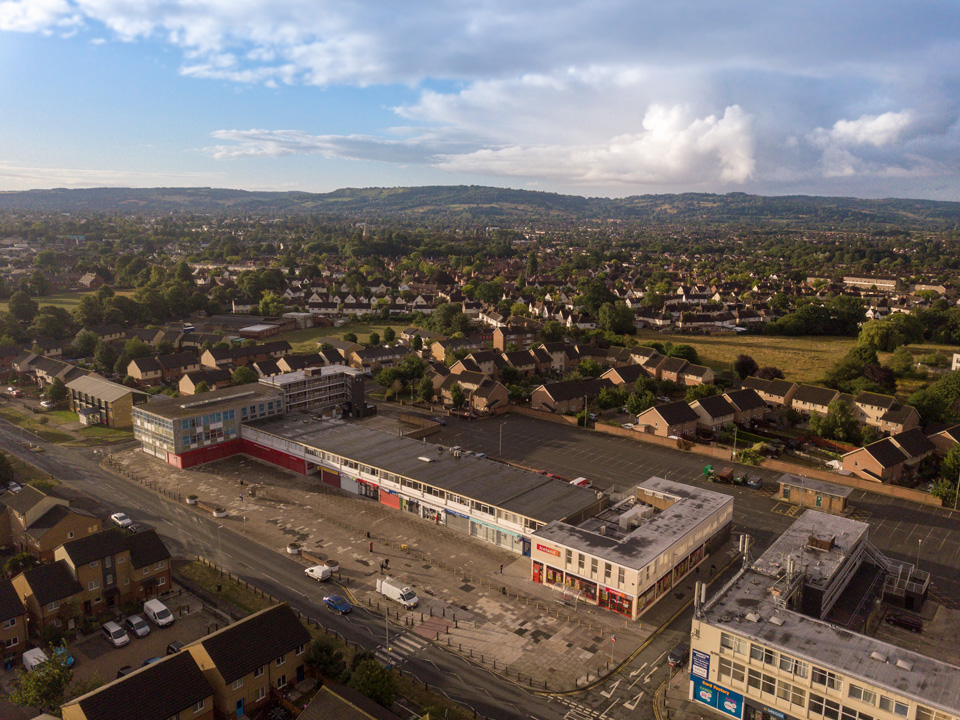 Our next job was the opposite to the early morning Cheltenham job – We were asked by Harris Lamb again to photograph an office block in Malvern after 5pm when the site was empty. The main focus of these shots was to create a beautiful image for the front cover of the brochure which Hannah was designing to sell the office space. They wanted us to focus on getting some shots with the Malvern hills in the background to sell the dream of a HQ surrounded by the beauty of Malvern to potential buyers. 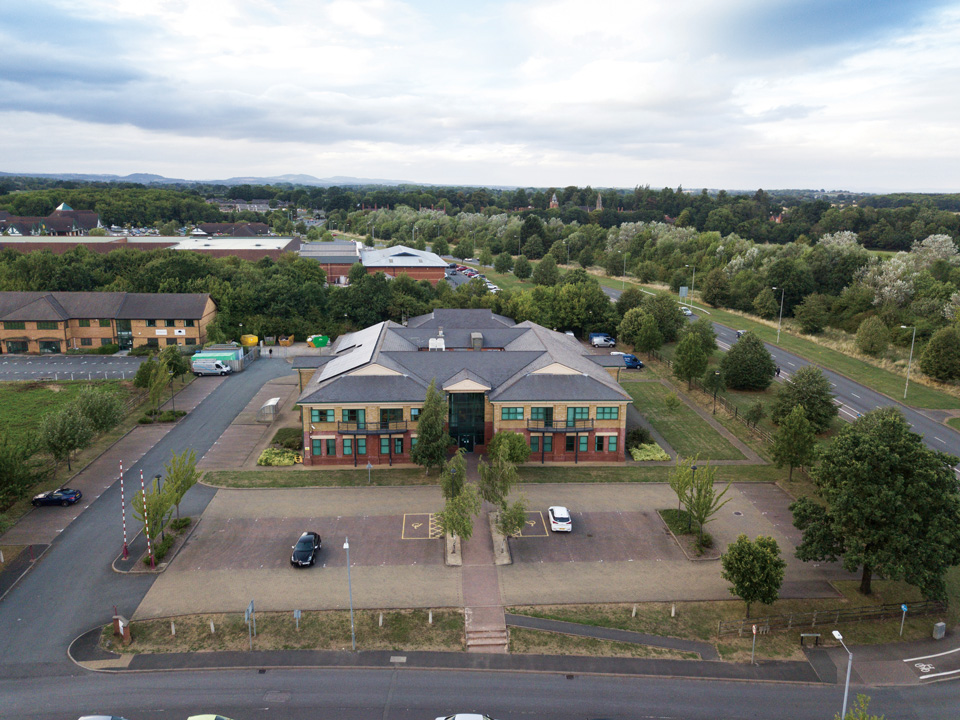 With golden hour fast approaching, we got some beautiful shots with the hills in the background. 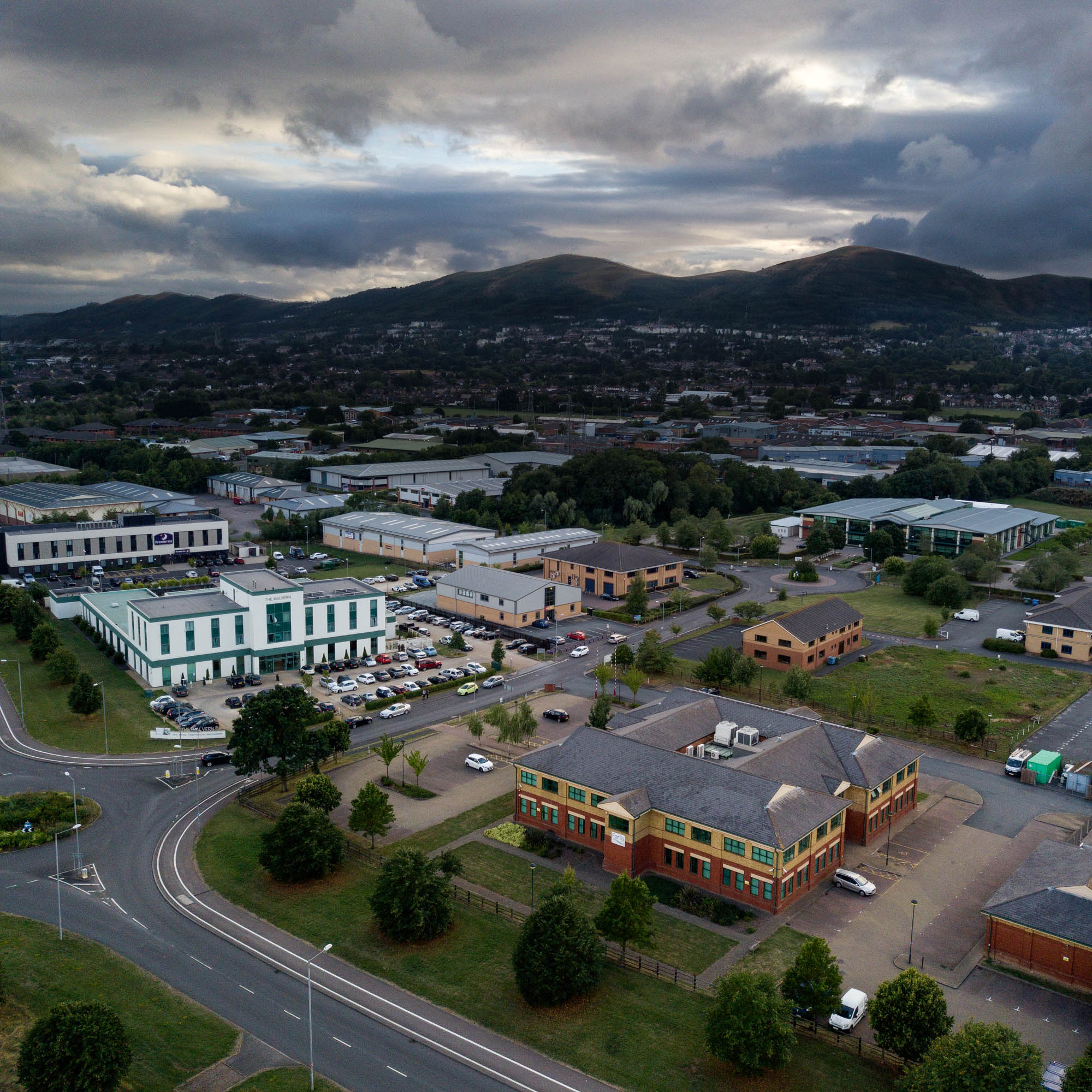 Surprisingly it was only nearing the end of the Summer that we got our first drone job for what we would class as your standard industrial unit – A 22,722 sq ft warehouse unit on Rabone Park in Smethwick for Darby Keye. 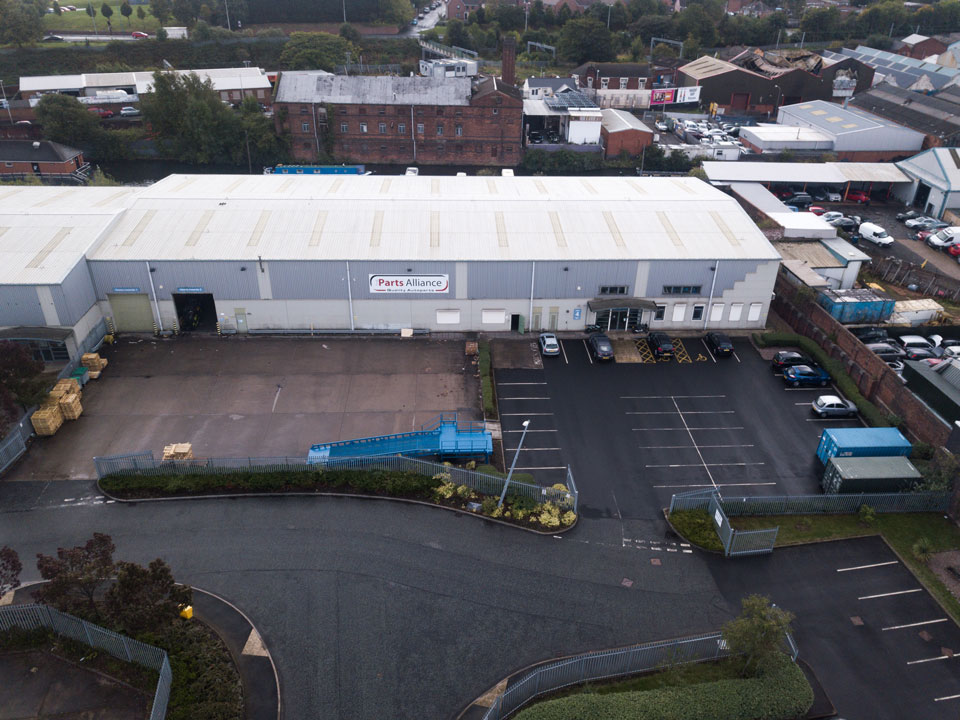 This site on Rabone Park backed onto the canal and we focussed on showing the proximity to Birmingham City Centre by showing as much of the city in the background of the shot as we could. 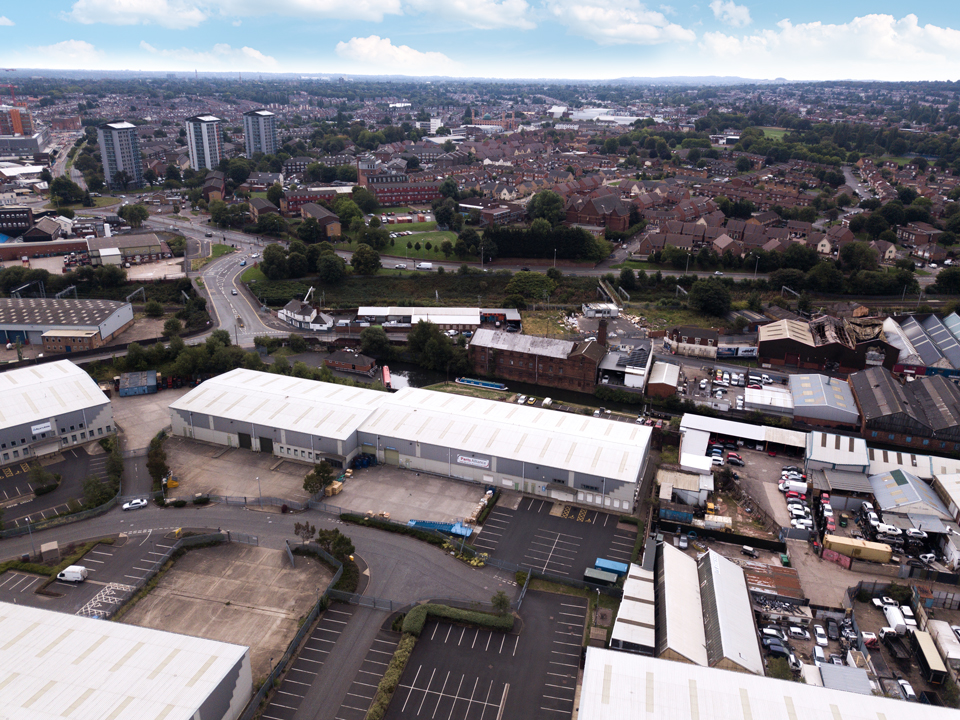 Hannah has been working with Highgate Land and Development for the past year with design work and this Summer was working on a brochure with joint agents CBRE who got wind of our new drone photography services. So before we knew it we were back in the skies for another client. This time in Long Itchington photographing a 5 acre plot of land which is being advertised for residential development. 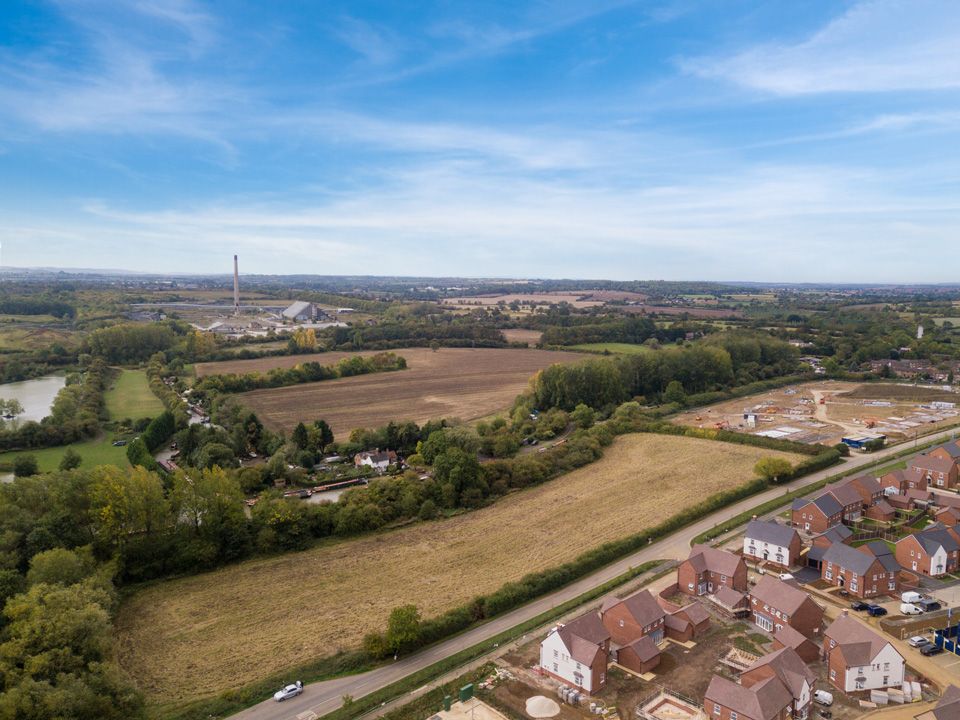 We ended our first 6 months of droning with a curve ball… this time the drone job wasn’t for a property client – It was for a telecommunications company – ARCC. Hannah is doing some design work for ARCC and as soon as they starting discussing going onto site to get some images for the design work, Hannah suggested using the drone.

The plan was to get the drone eye line with their workers while they were harnessed to the top of the masts. 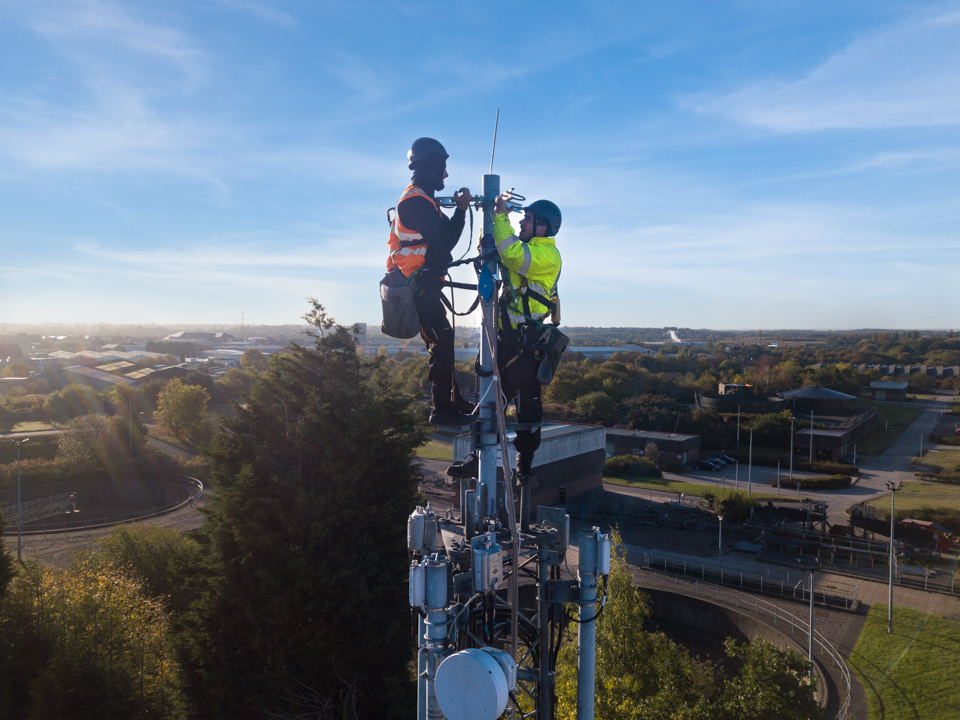 With some stormy weather hovering over the UK for days, we were unsure whether we were going to get on to site, and with a repair scheduled on the Cannock Site at 8am Monday morning we knew if we didn’t get onto site when the workers were there then we were going to have to wait for the right time and place to come up again. 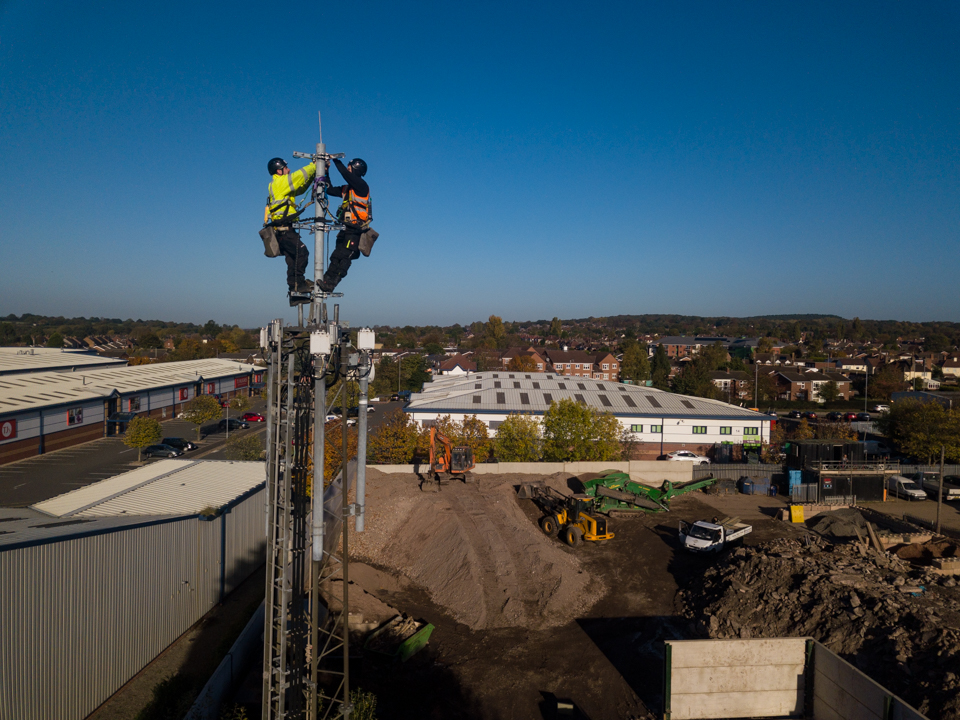 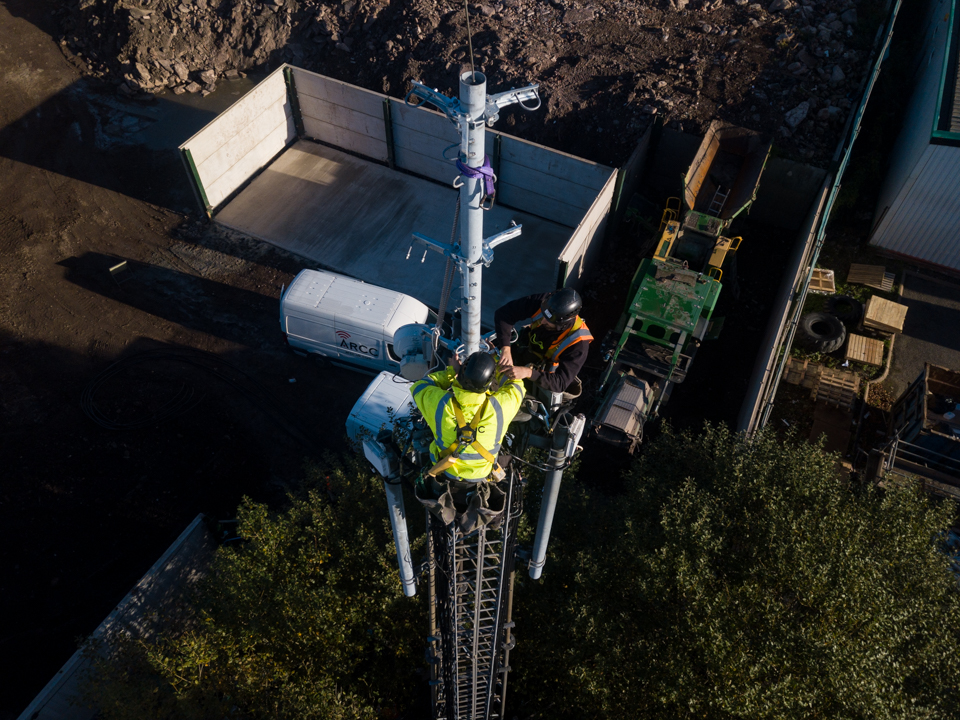 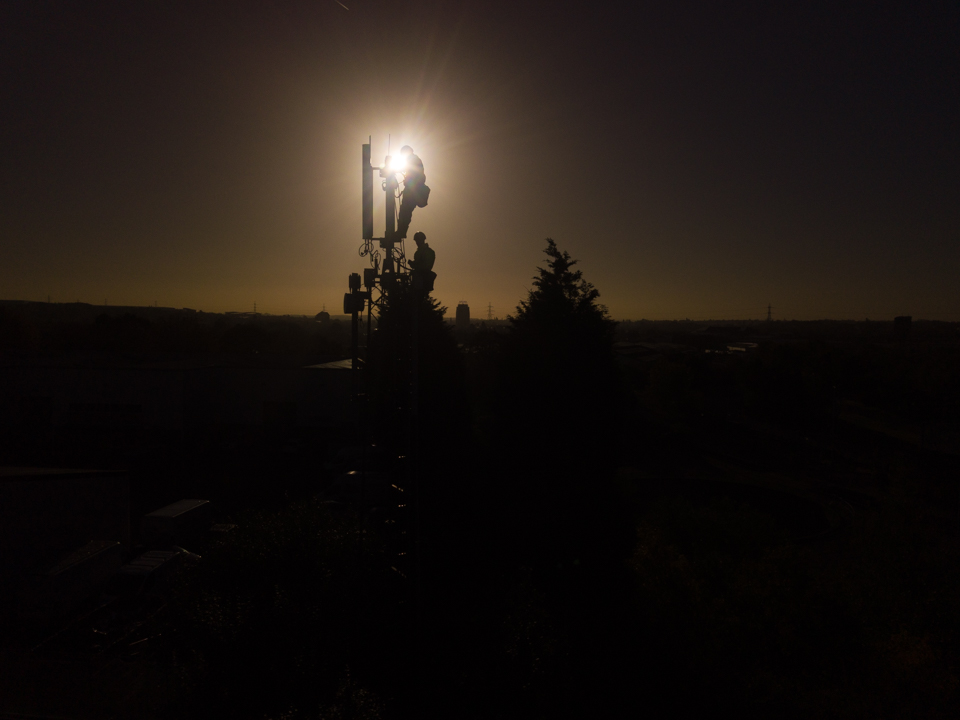 We have had some great feedback from the drone jobs we’ve done so far and look forward to some more projects where we can put the drone (and Alec) to the test!.

If you want to keep up to date with life at Studio B61 follow us on Instagram. Hannah, Alec and Hannah T also have their own profile where you can see what they are working on. Follow @StudioB61_Hannah, @StudioB61_Alec & @StudioB61_Hann for updates.